I’m going to get two dental implants. I was just going to get the regular titanium ones, but my mom just told me that Dick Van Dyke had horrible neurological problems from them. Should I get the Zirconia ones instead? 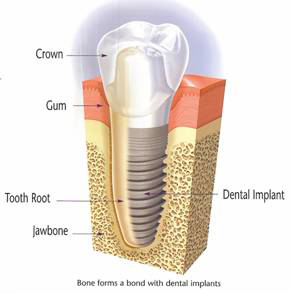 I’ve seen an article or two about that, mostly from natural news types of websites. I haven’t seen any medical documentation on Mr. VanDykes case. I don’t know his medical history. And, of course, the journalists wouldn’t have had access to that because of privacy rights. If he had metal sensitivities, it’s slightly possible they could have caused some of his pain. Though, titanium rarely causes problems with allergies. It’s a very bio-compatible metal which has been used for decades, not just in dental implants but as rods throughout the body.

IF it was the implants causing his headaches, the more likely scenario isn’t the titanium as much as placement. Maybe whoever did the surgery affected a nearby nerve. That could cause referred headache pain, as well as other issues.

Zirconia implants may likely be fine. The only issue is they’re fairly new in the dental implants procedure so there’s not much of a track record on them. That doesn’t mean they’re not as good, just they haven’t been used as long so we don’t know yet.

Who Should Do Your Dental Implants?

First, You’ll want a dentist with extensive post-graduate training. For instance, Dr. Potts completed a three-year externship at the Midwest Implant Institute, including courses in surgery, prosthetics, and bone grafting. He could do every aspect of the treatment.

Second, you’ll want someone who keeps up with his field. Here Dr. Potts is also a good example. He does over six times the number of hours his state requires for dentists to do in continuing education.

Third, be certain to ask the dentist how many dental implant procedures he or she has done as well as the percent of successful procedures. You don’t want an inexperienced dentist doing such an advanced procedure.

Some Cosmetic Considerations with Dental Implants

You mentioned you were looking at two dental implants but didn’t mention where they were being placed. If they’re visible teeth, especially front teeth, I want you to think ahead about two things as part of your procedure.

You’ll want the dental implant crown to look beautiful and blend in naturally with the remainder of your surrounding teeth. Check out the dentist’s smile gallery to make sure he does good cosmetic work.

If you’ve thought about getting your teeth whitened at some point (and many people do), you’ll want to have it done before your implant crowns are made. Dental work doesn’t whiten. The color it’s created with is permanent. So, if you whiten your teeth ahead of time, they can be made to match your brilliant new color.